A third-generation Japanese American baby boomer and a descendant of the samurai warrior, Lori Tsugawa Whaley is a multidimensional individual on a mission to empower others to reach their God-given potential, no matter their path, heritage, or circumstances.

Lori graduated with honors from Portland State University with a bachelor’s degree in art. Lori is the author of; Let The Samurai Be Your Guide. “The Courage of a Samurai: Seven Sword-Sharp Principles for Success,” became Amazon International Best Seller eBook in 2016.  The Code of Bushido (Way of the Warrior) is a guide to living an honorable life. Each principle, courage, integrity, benevolence, respect, honesty, honor, and loyalty is discussed, with kanji representation and Japanese and Japanese Americans who exemplify the code.

Lori is also a well sought after Speaker. She talks about the ancient Japanese Samurai Warriors and how they followed the Code Of Bushido, which is the Guiding Principles forming the basis of a life worth living. Through the Bushido Principles, she describes how these principles can open the doors to their own success. The Code of Bushido includes: Courage * Integrity * Benevolence * Respect * Honesty * Honor * Loyalty*

She is a member of Japanese American Citizen League (J.A.C.L.), Japan-America Society of the State of Washington, Japanese Cultural and Community Center of Washington, Toastmasters International, Association of Women-Owned Businesses and Business Among Moms.  Happily married for over 40 years to husband John, they are the proud parents of two adult sons, a daughter-in-law, and five adorable grandchildren. Her empty nest has opened doors to limitless opportunities for her to fly as she shares her passion, message, and gifts to inspire and delight diverse audiences in her Puget Sound backyard and beyond. 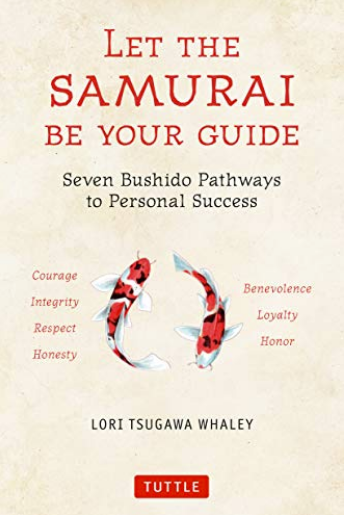 
Warning: Undefined variable $moreLink in /var/www/html/wp-content/themes/gradcareerfestival/single-speaker.php on line 244
You need a “north star” a foundation to build out your character and live a successful life.  Learn the strategies Samura adopted centuries ago, that are still applicable today!