Joshua Spodek hosts the Leadership and the Environment podcast and is an Adjunct Professor at NYU, leadership coach and workshop leader for Columbia Business School, columnist for Inc., founder of SpodekAcademy.com, and author.

He has led seminars in leadership, entrepreneurship, creativity, and sales at Harvard, Princeton, MIT, INSEAD (Singapore), the New York Academy of Science, and in private corporations. He holds five Ivy League degrees, including a PhD in Astrophysics and an MBA, and studied under a Nobel laureate. He helped build an X-ray observational satellite for NASA, co-founded and led as CEO or COO several ventures, and holds six patents.

He earned praise as “Best and Brightest” (Esquire Magazine’s Genius Issue), “Astrophysicist turned new media whiz” (NBC), and “Rocket Scientist” (ABC News and Forbes) and has been quoted and profiled by ABC, CBS, NBC, the New York Times, and the Wall Street Journal. He has visited North Korea twice, swam across the Hudson River, and has done burpees every day for six years and counting. He lives in Greenwich Village and blogs daily at www.joshuaspodek. 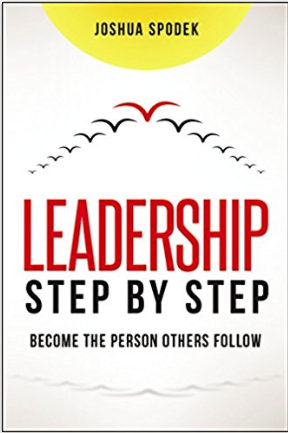 Leadership literature is full of principles and ideas–but they rarely leave the page. Practice is what turns abstract concepts into useful skills. Joshua walks readers through what to do and how to do it in…