Richard’s nine books, including three bestsellers, have sold over one million copies and have been translated into 20 languages. Repacking Your Bags and The Power of Purpose are considered classics in the personal development field.

As co-author of Life Reimagined, he is the Chief Curator of content for AARP’s Life Reimagined Institute. Widely viewed as a visionary and thought leader on the “power of purpose”, his work is featured regularly in many media sources including, PBS public television, and NPR public radio.

As a keynote speaker, he is one of a select few advisors and coaches who have been asked to work with over 100,000 leaders from over 100 organizations such as AARP, Ericsson, Mayo Clinic, MetLife, National Football League (NFL), and United Health Group discover the power of purpose.

Richard’s work has been recognized with awards from the Bush Foundation, from which he was awarded a Bush Fellowship and the Fielding Institute’s Outstanding Scholar for Creative Longevity and Wisdom award. He was named a “Distinguished Alumni” by Gustavus Adolphus College, and to the “Hall of Fame” at Central High School.

For 30 years, Richard has led Inventure Expedition walking safaris in Tanzania, East Africa, where he co-founded and is a board member of the Dorobo Fund for Tanzania. He and his wife, Sally, live on the St. Croix river outside of Minneapolis, Minnesota. 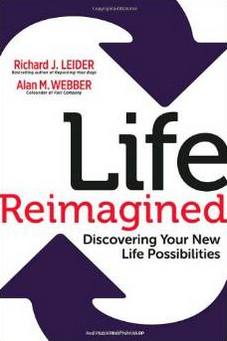 
Warning: Undefined variable $moreLink in /var/www/html/wp-content/themes/gradcareerfestival/single-speaker.php on line 244
You’ve finished one chapter and you have yet to write the next one. Many of us face these transitions at midlife, but they can happen at any point. It’s a time full of enormous potential,…