Jan Yager has a Ph.D. in sociology from The City University of New York Graduate Center, where she had a pre-doctoral National Science Foundation fellowship. She also has an M.A. in criminal justice from Goddard College Graduate Program and a B.A. in fine arts from Hofstra University where she was Art Student of the Year.

For her fiction, Jan sometimes writes from an outline but one novel, JUST YOUR EVERYDAY PEOPLE, co-authored with her husband and fellow author, Fred Yager, started out from a dream that she fortunately immediately wrote down before she forgot it! The finished novel, which has been translated into Vietnamese, stayed quite close to the plot revealed to her in that initial dream.

She  has written more than 40 books, translated into 34 languages, Jan has published such nonfiction international hits as WHEN FRIENDSHIP HURTS (Simon & Schuster), in 29 languages with 2 more languages in preparation, WORK LESS, DO MORE: The 7-Day Productivity Makeover (in 12 languages), FRIENDSHIFTS: THE POWER OF FRIENDSHIP AND HOW IT SHAPES OUR LIVES (in 8 languages); THE FAST TRACK GUIDE SPEAKING IN PUBLIC; 365 DAILY AFFIRMATIONS FOR HEALTHY AND NURTURING RELATIONSHIPS; 125 WAYS TO MEET THE LOVE OF YOUR LIFE (SECOND EDITION) as well as the novel THE PRETTY ONE and three children’s books, all illustrated by Mitzi Lyman: THE CANTALOUPE CAT; THE QUIET DOG; and THE READING RABBIT. She has also co-authored two thrillers with her husband Fred: UNTIMELY DEATH and JUST YOUR EVERYDAY PEOPLE, which is currently in development to be made into a movie by the new film division of Hannacroix Creek Books, Inc.

This is a prolific and dedicated award-winning author who cares about every book she writes and every reader who discovers her books in the range of genres she publishes in, from nonfiction to fiction, from poetry to illustrated children’s books. For nonfiction, Jan does extensive original as well as background research. Researching her books has taken her to India, Germany, the United Kingdom, and many other countries in Europe, Asia, and Abu Dhabi in the Middle East, as well as to prisons, crime victim programs, to offices around the world. Doing in-depth interviews, as well as distributing surveys to hundreds or more individuals, throughout the U.S. and internationally, are other research tools that Jan utilizes.

Jan has appeared on numerous TV/cable and radio talk shows, in the United States and internationally, including THE TODAY SHOW, THE VIEW, OPRAH, GOOD MORNING AMERICA, THE EARLY SHOW, CBS SUNDAY MORNING, ABC NIGHTLINE, THE O’REILLY FACTOR, and others. 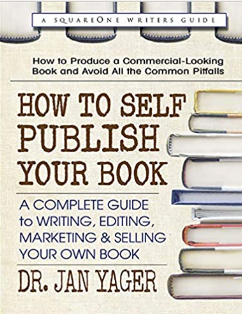 How to Finish Everything You Start: Understanding the Causes of the Unfinished Epidemic, Its Cures, and When Choosing Not to Finish Is Okay


Warning: Undefined variable $moreLink in /var/www/html/wp-content/themes/gradcareerfestival/single-speaker.php on line 244
All of us are expected to do more in less time and do it better than ever. As a result, we reach points where we have so many projects that we are juggling that it’s hard…